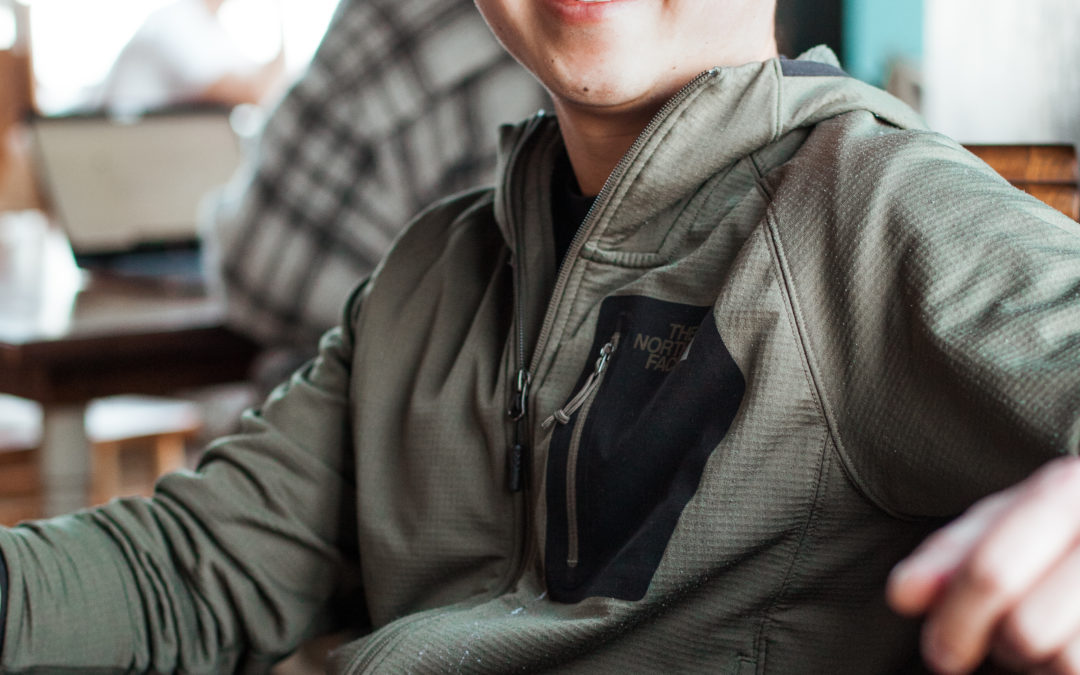 Unlike many Roots regulars, Colin Wade didn’t grow up a Michigander. Born in Korea, he was adopted at three months old. His family lived in Seattle, Washington for nine years before spending the next nine years in Africa, India, and Nepal. Upon graduating high school, Colin briefly moved to the United States before globetrotting to England, Thailand, then West Africa. He decided it was time to focus on studies and came back to the States to attend Calvin College. He earned a degree in Psychology in 2006 and has lived in the greater Grand Rapids area since.

I asked Colin why he chose to stay in the United States and Grand Rapids specifically. “Because TCKs (third culture kids) move so often, I just wanted to settle down. I love to travel but I hadn’t really found a place as an adult to be grounded yet. Home could be anywhere but for me it was sticking around here. It was buying a house and getting involved in a church.” After becoming a Grand Rapidian, the natural next step was finding some favorite local spots.

Colin visited many of the coffee shops around town but said there was just something different about Roots. He stopped one day after work and decided to keep coming back. It has become a regular stop after getting off his night shift.

After graduating college, Colin did various odd jobs while trying to determine the next steps of his life. He volunteered with the Kent County Reserves for a few years and decided to start looking at going through the Police Academy. He spent six months going to the Academy for five-six hours in the evening after working a full time job during the day. I asked him what the Academy entailed. He mentioned learning many laws and safety procedures but said he learned the most by spending four months training one-on-one with an established police officer. “This is where you learn what happens in your area, you learn what you may actually run into.” Colin has worked as a police officer for the past three years.

We spoke at length about how the last few years of social and political turmoil have affected his job and him personally. “Being a police officer to me, has always been about helping and serving my community and neighborhood. Each day brings with it something new.” Colin spoke of previous jobs and how he always wanted a career where his number one focus was people. “I am running into people often in their lowest moments. It’s an honor to meet those people and find ways to serve them.”

On days off, he likes to have game nights at his house. “There’s nothing like bringing people in to have food and fellowship.” He also enjoys just coming to Roots and socializing.

“A lot of the coffee shops in the area are focused on the coffee. And there isn’t anything wrong with that, obviously. The focus at Roots is on community and developing an atmosphere that is conducive to friendships and relationships. The baristas get to know people. It’s all designed for people to spend time with people. You still get coffee, you still get food, but it’s not just what you pay for- it’s what comes out of that.”

Build your favorite meal: This is nostalgic and easy. We used to vacation in southern India with other missionary families. Every night we’d go out to huts on the Indian Ocean beach and eat fresh seafood and Indian barbeque.

Person/ thing that can make your day better: Being out in the mountains or an elevated area makes my day better. I spent six years in the Himalayas and growing up at 7500 feet is so special.

Favorite thing about yourself: Something I’ve worked really hard on is being all about the community and bringing people together. That’s something I’m proud of.