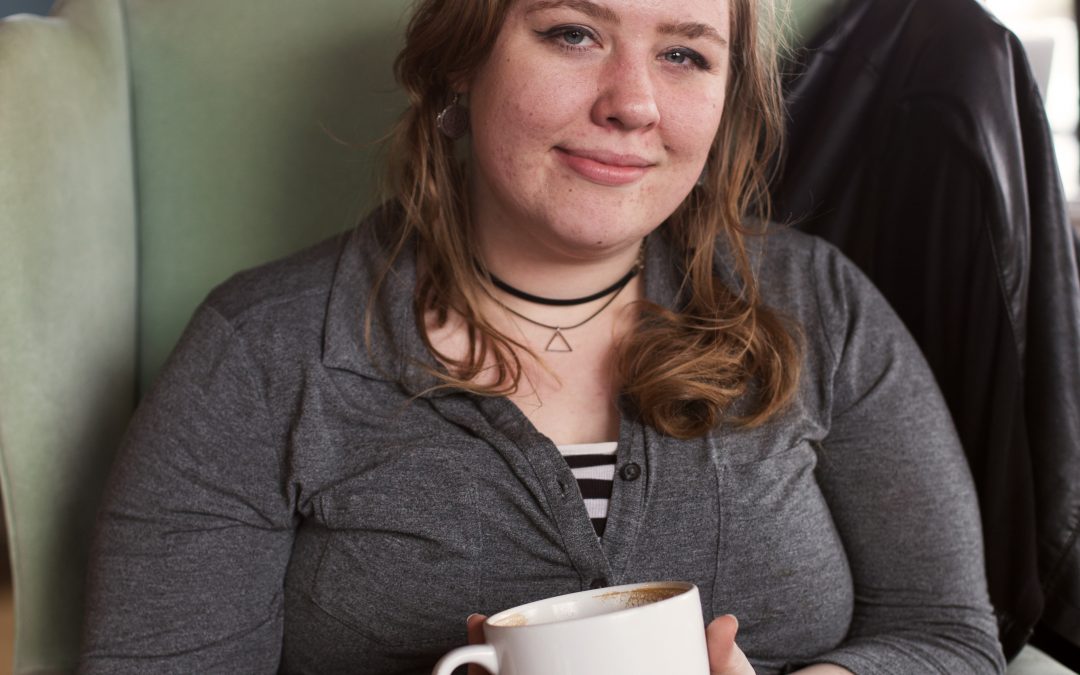 Hey Everyone – This is Leah Parker. She an outstanding and fascinating person. You can probably find her sitting at the park chatting it up with the Roots team and creating some pretty awesome pieces of art. We asked her a few questions.

Sum yourself up in two sentences.

I am an illustration student who really enjoys music and playing music. I am also interested in coffee and learning about that because I’m a nerd.

Ohhhh, probably Alice from Alice in Wonderland because I’m curious about everything. I also like the pictures in the book.

What is one word you would use to describe yourself? Why?

I feel like this is going to sound really hipstery and kind of pretentious but I feel like I would go with “original” because that’s the one word I really identify with. I haven’t met anyone really similar to me. So, I’m borrowing the word original.

That is an intense question. I went through child abuse when I was really young and I think that recovering from that has strengthened me as a person and as an individual, especially with there being things I can’t do on my own. And also moving my whole life here [to Grand Rapids].

How has living in Grand Rapids positively impacted you?

Having to break out of my comfort zone and speak to people I wouldn’t normally has made me a more outgoing person. Having to make friends and talk to people, otherwise you wouldn’t have anyone in your life. I would say that has positively impacted me. And saying that strangers aren’t actually strangers.

I like that you guys actually talk to me. I kind of call it my home away from home because it kind of is. It’s more of a home than where I live right now. It’s a good space with good people. And the coffee’s not half bad either.