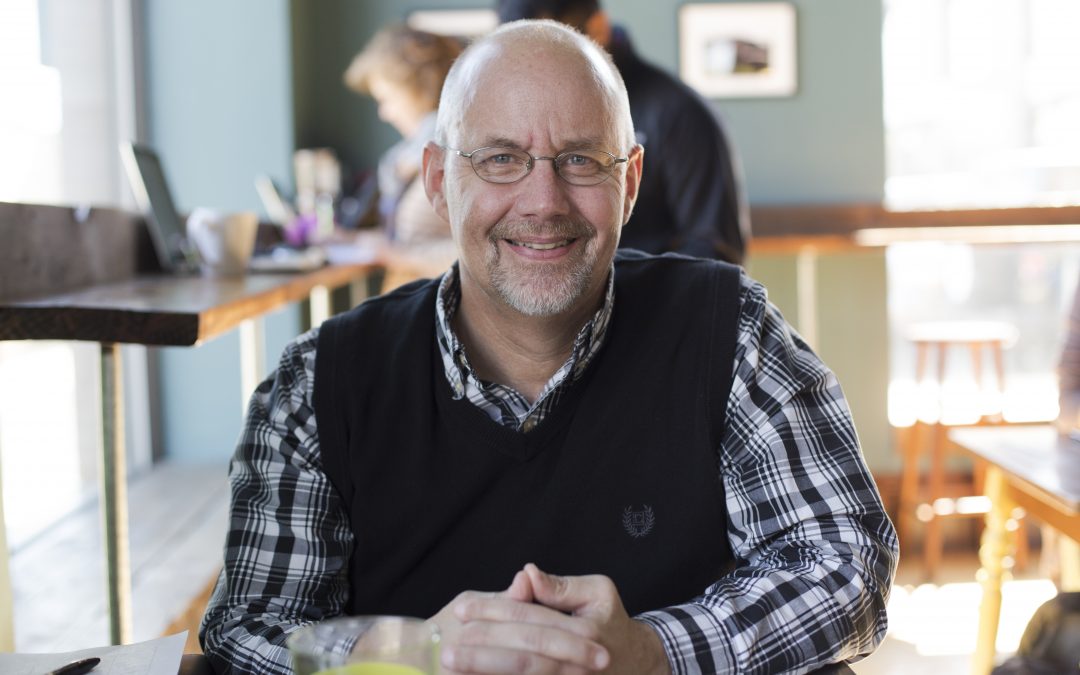 Gary is a big part of the Roots Community. He’s here every week and usually multiple times a week. He does great work in the neighborhood where he lives and great work around the world. We asked him a few questions:

I am a passionate disciple maker of Jesus Christ. And I love people.

If there was advice you could give to your younger self what would it be?

Younger self would have known more about God earlier on in life. That would have made a difference to know him better earlier on. And to pay attention to His leading.

What is the biggest risk you’ve ever taken?

Three years ago I left a regular, steady, 9-5 employment situation and decided to launch this non-profit, and that was quite risky. I’m a tad bit naive and so, as a result, I’m glad it all worked out because I didn’t really know what I was getting into. It’s called Network-20 International. We are discipling young men internationally and in the United States.

This discipleship job is really the riskiest thing I’ve ever done.

I love that Grand Rapids is booming as a town. You know, there’s a lot of building going on and it’s attracting a lot of young people. I really like to see a lot of young people in our city. It’s a well cared for city and people are very thoughtful. People want to do the right thing by the citizens of this city and I see that as a flourishing type of environment; businesses booming, buildings are going up all over the place, people are coming. It’s a very blessed, flourishing environment and that’s what I like about it.

I have a couple of places in mind. I would love to go to India. I love places that are very crowded and somewhat chaotic. So, I imagine being on a crazy, chaotic street in India and I think it would be amazing. One of my favorite places, currently, to go is Port-au-Prince, Haiti which is a very chaotic, very crowded place. There is always something to look at; a sensory overload. So many sights and the smells and the sounds. I would also like to go to Russia. {Gary recently returned from his first trip to Russia.} I prefer to go to places that are not real touristy.

What was one of your most defining moments in life?

Someone asked me this just the other day, one of the most is when I became a dad. That was very defining. My daughter is now 32 years old and she’s an amazing mom and wife and I am proud to be her dad. That was definitely an amazing moment in life, to become a dad.

Is there a documentary or book that really changed the way you thought about something?

The Bible. In addition, most recently, what has been impactful for me is the documentary called Poverty Inc. It explores what helps and hurts in regards to those that are impoverished. Because of my interest in developing countries, it’s been good to look at resources like that and they feature resources that are good to look at.

I have several, I think Roots drinks are awesome. All of their drinks are really good quality and that’s very important to me. I think that the workers here; they are all very friendly and engaging and that’s very important to me. I like the fact that this is a very relaxed environment and that you can be here for longer periods of time and not feel like you need to move on. And part of that has to do that with the high ceilings and space. You feel like you are in a place that is big enough for you versus some of the smaller shops. And people, there is just a sense of community here; that people know each other.