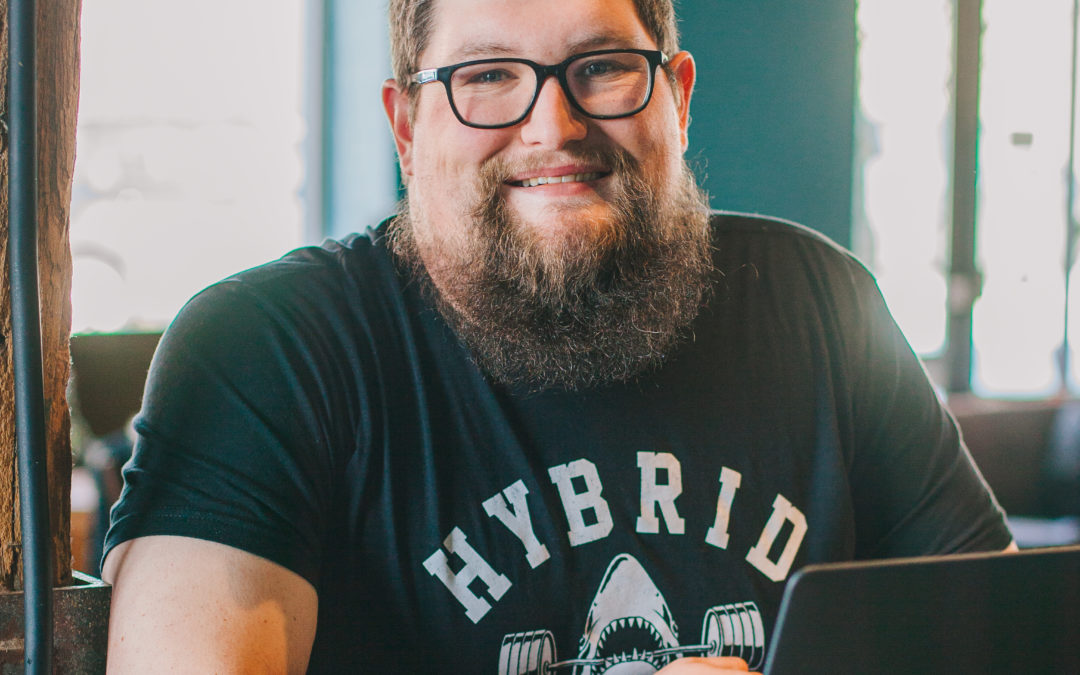 Dan Hefferan only dropped one class in his college career at the University of Michigan. It was Introduction to Computer Science. Graduating with a degree in Economics, he now runs his own web design company.

Originally from Hudsonville, Dan went to Michigan for Financial Mathematics to become an Insurance Actuary. The results of a career aptitude test told him to be an Insurance Actuary. It was a highly regarded career, paid well, and had no stress. Dan said his uncle has this job and really enjoys it. “But the transition to college was a really tough one for me.”

Over spring break he took a trip to Dominican Republic and it was his first time experiencing true poverty. He spoke about how this shook his ideal of success and happiness. “These kids are seemingly more happy than I see in kids stateside even though they have less. And I am not happy in this schoolwork. I told myself I wouldn’t ever go after something for the paycheck. And here I am literally learning how to put a price tag on someone’s life. My gift is with people and not with academics. So what is the quickest path to a piece of paper with a big yellow M on it?” Dan returned to the States and switched his degree to Economics.

Upon graduating, Dan wasn’t quite sure what he wanted to do and started working various jobs. He and his old youth pastor started learning how to build websites. From there they started a freelance business. In 2017, he transitioned from working at a plastics factory to web designing full time.

Dan can be seen working from Roots multiple days a week. I asked him why he chose Roots over other coffee shops or coworking spaces. Dan explained that Herman Miller hired him to work on their digital marketing platforms. Due to his contract with them, he needs to work out of a place with a protected wifi network, which Roots has. Before this gig, he had been to Roots a few times before but has set up shop at Roots 3-5 times a week since.

“It is good coffee, obviously. But the things that make this an irresistible place for the people that come here are not the same reasons that somebody passing through Grand Rapids would swing through here. What brings me back here are the people. The staff have become my friends. I can always count on knowing someone when I walk in the door and that’s really important to me.”

When Dan isn’t drinking drip black coffee and developing websites at Roots, he likes to live an active lifestyle. He isn’t quite shy about his ultimate frisbee abilities and is passionate about hiking and backpacking. He wants to spend a night in every National Park. Dan bought a home in 2015, and has had a revolving cast of roommates since. He is also an avid reader and guitar player.

Favorite thing about yourself: I have reverse stage fright. Most people are afraid to be on stage even though they have plenty to share. But I have nothing to share but am still pretty entertaining.

Build your perfect meal: First we’re going to make a pound of bacon in the cast iron skillet. Set that aside. Then take a pound of brussel sprouts and a pound of sweet potatoes, brown them in the bacon fat. Put bacon back in. Cover it all in salt and balsamic vinegar. Serve it with over easy eggs.

Person or thing that can make your day better: There is a group of guys I meet with every Tuesday night. They are really great. But there is so much we can do in our own physiology to change our moods. Why do we treat ourselves worse than we’d treat someone we don’t even like sometimes? Drink water, go outside for a walk, or do a work out.